Design a site like this with WordPress.com
Get started
Skip to content
theadventuringemily runDisney, Uncategorized December 20, 2018December 22, 2018

This is part four of a recap of the 2018 runDisney Dopey Challenge. For part three click here! 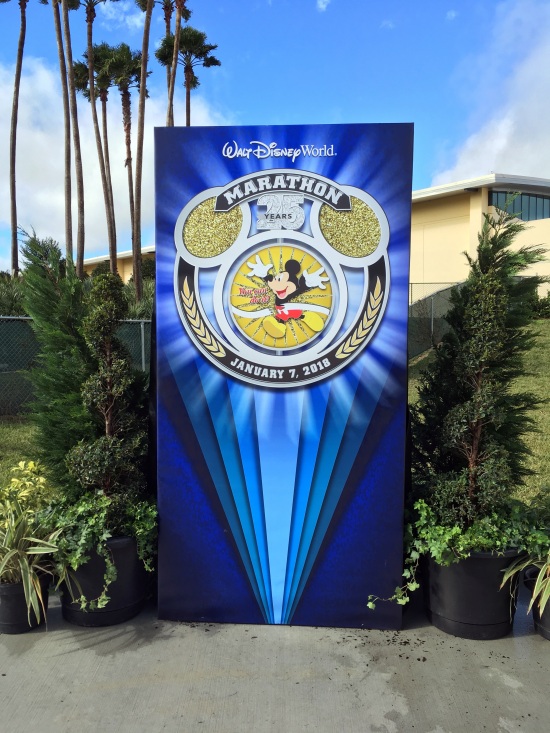 Standing at the start line of the Walt Disney World Marathon meant that I had reached the end of the Dopey Challenge- almost! In reality, with only one race left, I still had more than half the 48.2 miles left to run. However, Disney saves the very best for last!

Before each race Disney has characters out greeting and taking pictures in the start area. We got to the starting area early today and Pluto had a really short line so we jumped in. You can usually see the Fab Five and Dopey before and after each race of the weekend. 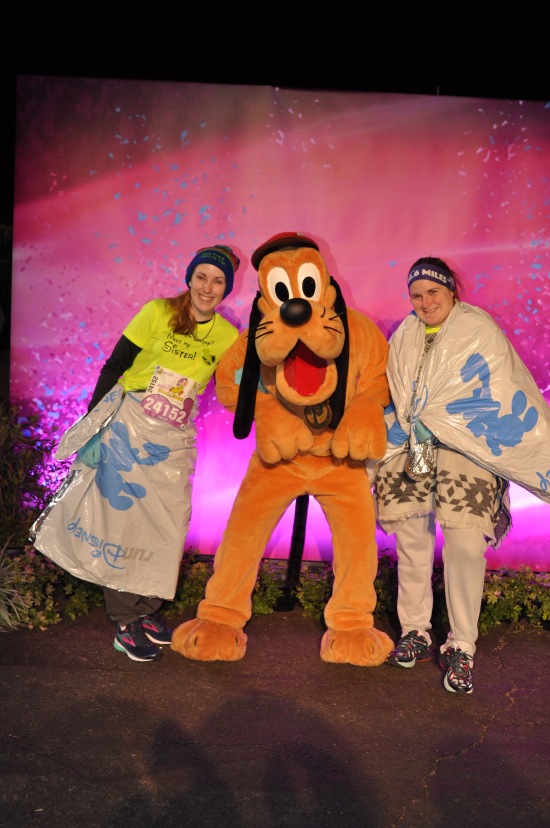 Tip: Arrive early if you want character pictures before the race. Lines get long and cast members will stop allowing people in line.

Following suit of the half marathon we didn’t take many pictures in the beginning of the race as it was cold (so we were layered up) and it was dark. We did grab a selfie as we ran under the gates of the Magic Kingdom parking lot! 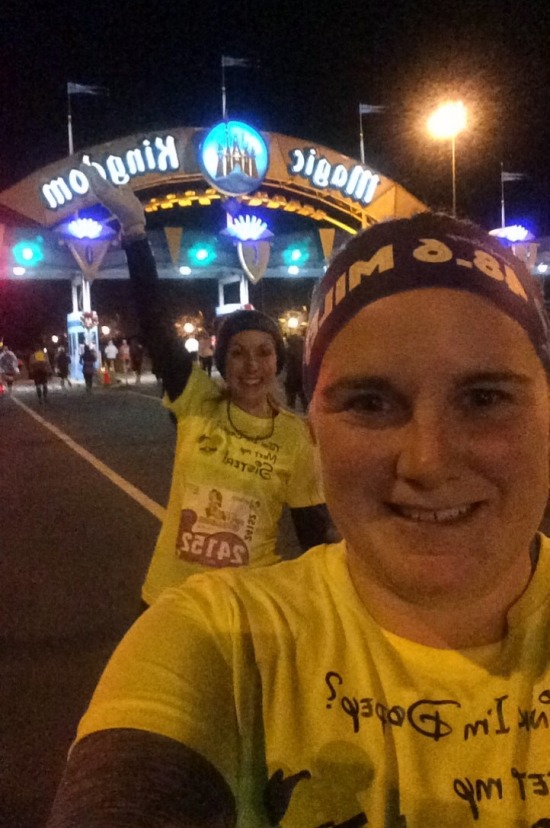 Tip: Don’t let the distance overwhelm you. I try to think of a marathon in small parts- cover this section, then that section, etc.

We ran under the Magic Kingdom train station and headed down Main Street, USA. 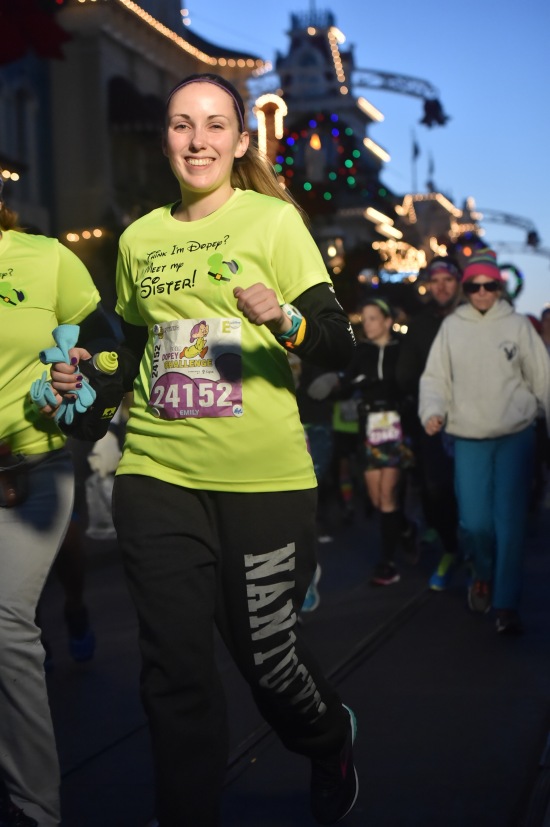 We choose not to wait in as many character lines this visit to Magic Kingdom. We were wearing our custom ‘Think I’m Dopey? Meet my sister!’ t-shirts so we had to stop for Cinderella’s not-so-favorite sisters. 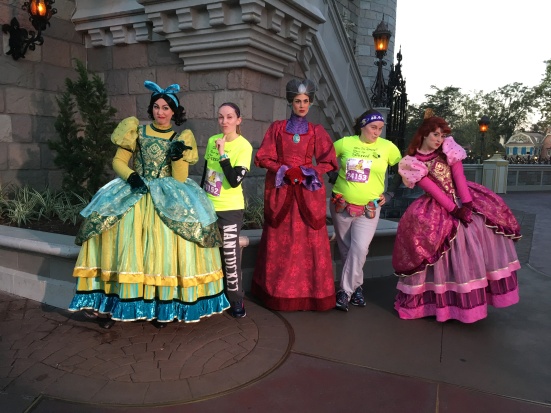 The course follows the same path as the half marathon out of Magic Kingdom and past the nearby resorts. However, instead of heading for Epcot, the course turns just after passing Disney’s Magnolia Golf Course and Shades of Green resort. On our way to make that turn we stopped to visit with Tourist Genie! 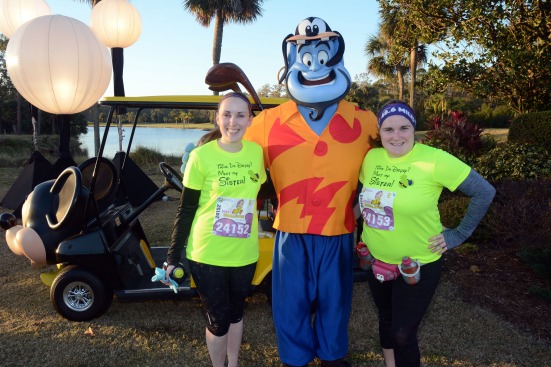 Next stop: Animal Kingdom! On the way we saw Hades and his minions. Pain and Panic. 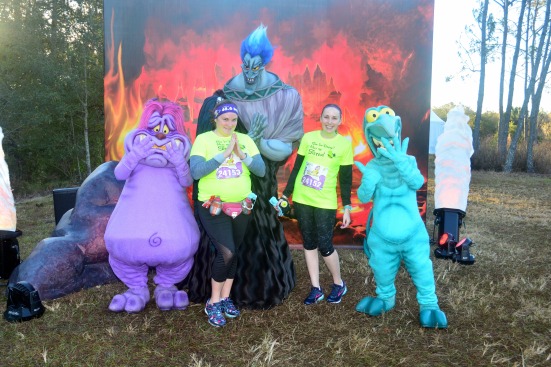 This is the section of the course where we passed Disney’s (smelly) water treatment facility and horticulture facility. The later is responsible for all the seasonal topiaries you see throughout the year on property. As I’ve mentioned in my half marathon report we don’t usually stop for mile marker pictures but because today was ‘sister-themed’ we stopped for a picture at mile 12. 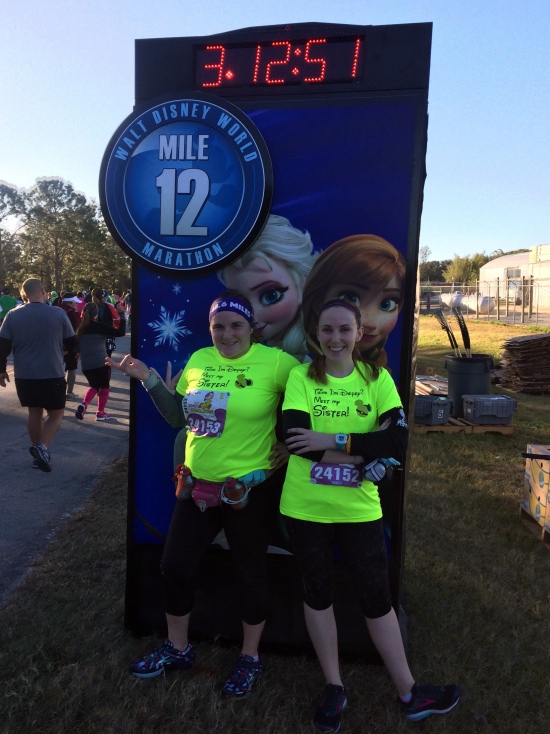 A little past mile 12 we were running into the backstage entrance to Animal Kingdom. On the way there are usually animals out to greet you with their own race bibs on. 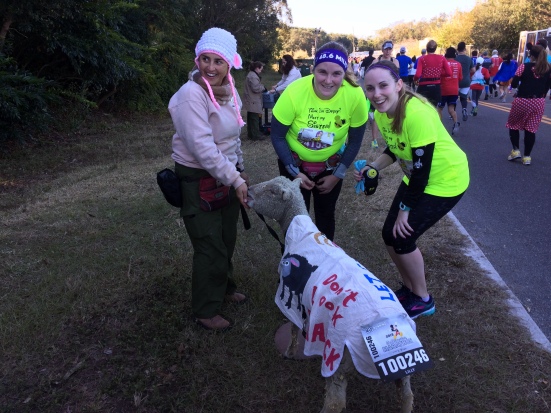 There weren’t as many out this year which makes me wonder if the cold kept some of the animals away. Once in Animal Kingdom we stopped for a picture with Timon and Rafiki! 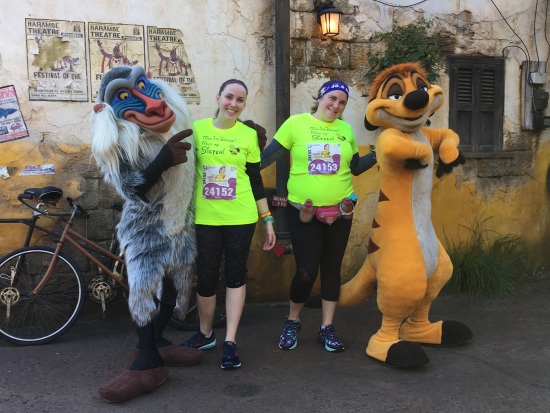 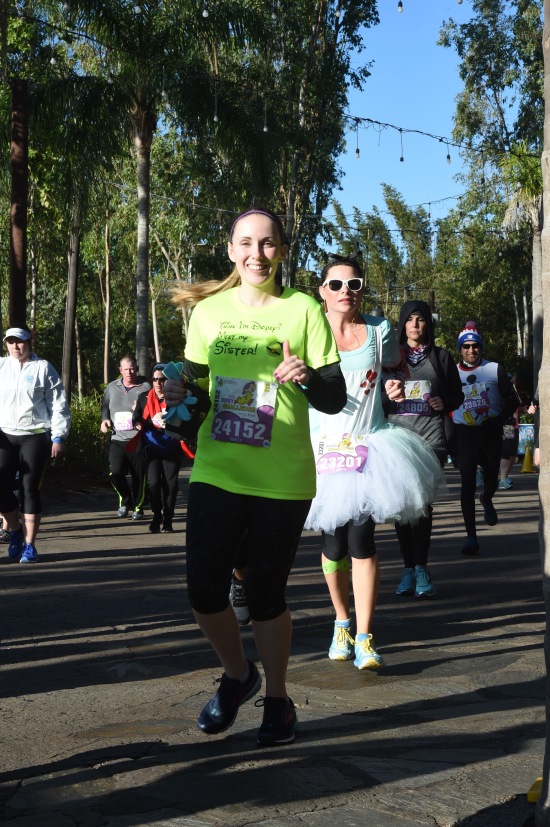 Our next diversion was the highlight of the half way point of the race: Expedition Everest! That’s right- the Walt Disney World marathon offers the unique experience of a mid run roller coaster ride!

Tip: Animal Kingdom typically opens at 9am on marathon Sunday so plan to be in the park around that time if you want to ride Expedition Everest.

Riding Everest has become an increasingly popular experience with runners in my opinion. The first year we road we walked right on and sat on a train. This year it was a short line and took us about 20 minutes to get through the line and ride. The downside to this was I got cold waiting in line and riding. Despite that I’m still glad we did it!

Stay tuned for the second half of the marathon recap where we cross the finish line and complete the Dopey Challenge! 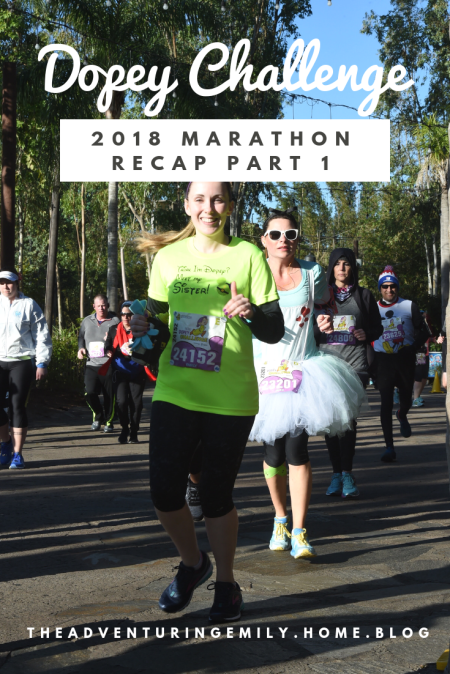 I'm a life-long nutmegger who loves seeing new places and finding something new to enjoy in Connecticut, New England, and beyond. Excited to start sharing my adventures with the world! View all posts by theadventuringemily