This is part five of a recap of the 2018 runDisney Dopey Challenge. For part four click here!

When I left off we had just taken a mid race break to ride Expedition Everest in Animal Kingdom! I’ll admit that I was crabby when we got off the ride because though my sister was all for it I hadn’t been excited to wait in the twenty minute line. The ride was fun but after I was really cold for the next half mile. We made our way through the Animal Kingdom parking lot and I shook off the bad mood and actually warmed up enough to take off my long sleeves and tie it around my waist.

After marching our way down Osceola Parkway we made it to ESPN’s Wide World of Sports. A lot of people complain about this section of the course because it’s a lot of twists and turns so it seems like it goes on forever. I will admit that ESPN seems long but I always love how many character opportunities are available!

Next we got to run around Champion Stadium, the spring training home of the Atlanta Braves. 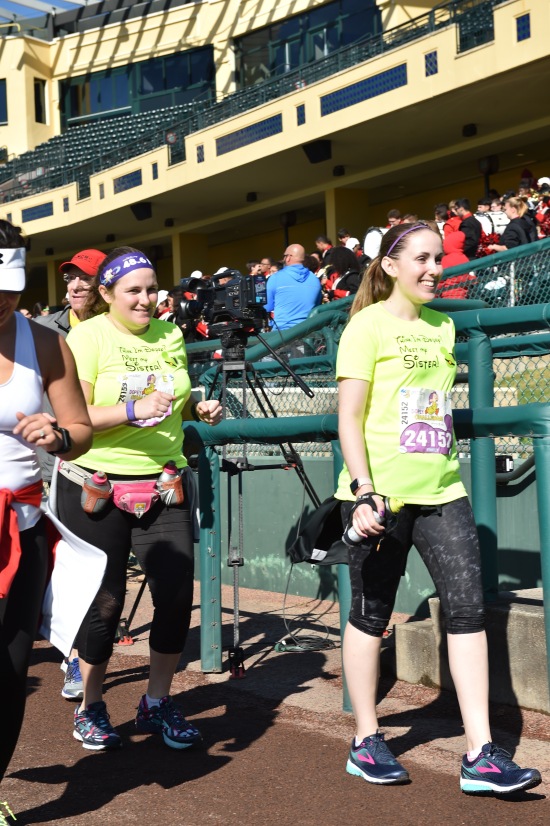 Once we finished up at Wide World of Sports we made the short trek to Hollywood Studios where we entered via backstage access behind Fantasmic and Tower of Terror. Lots of people were buzzing about Oswald meeting here because he usually can’t be found in Florida!

There was a lot of construction going on in Hollywood Studios in January 2018 (Toy Story Land and Galaxy’s Edge) so it limited the amount of running we could do in this park.

We exited park’s front entrance and ran down the path that connects the park to the Epcot Resort area. I definitely started to lose steam as we ran by the Yacht and Beach Club Resorts but I tried to remember to keep my eyes on the prize- we were almost there!

We entered Epcot between the Canada and U.K. pavilions shortly before mile 25. Just past mile 25 we stopped to meet Belle and Aurora outside the France pavilion.

Next we stopped for a picture with Jasmine in the Morocco pavilion. 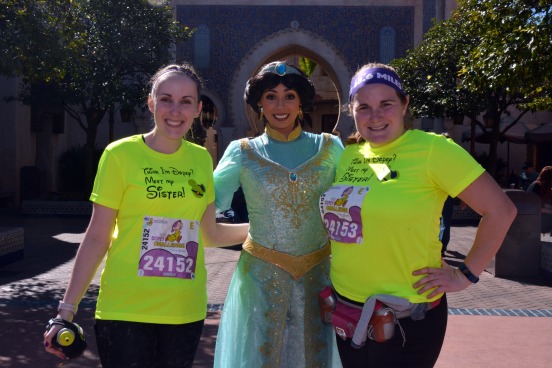 Our next stop with Germany- no characters greeting here but we wanted a nice cold beer to finish the race with! Being able to stop for a drink in Epcot BEFORE the finish line is one of my favorite novelties of the Walt Disney World marathon!

Tip: If you’re going to grab drinks in Epcot know that characters won’t pose with you with the drinks in your hand. 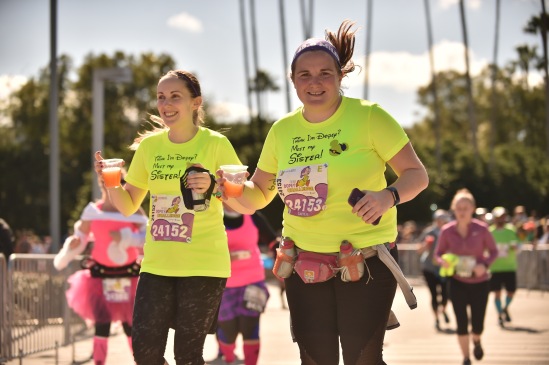 Finally we saw the finish line arch ahead- we did it! 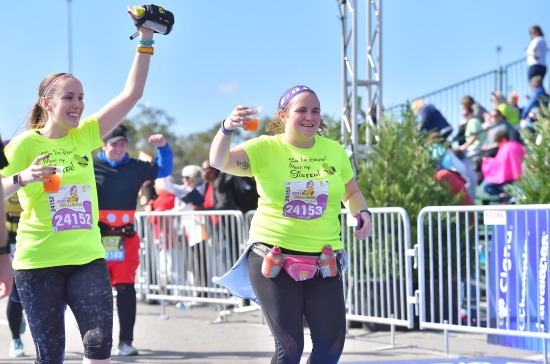 I recommend Dopey for anyone who loves runDisney to try at least once. It was really fun to get to participate in the whole weekend and not feel like I was missing out on anything. However, the four early mornings in a row were really hard. By marathon morning it took everything I had to force myself out of bed. Plus, the registration fee is high and I don’t think I’d want to pay that every year. Ideally, if it’s still around and I’m still running, I’d like to give Dopey another try in 2023. In the mean time I’ll stick to the Goofy Challenge (the half marathon and the full marathon) or the marathon alone.

I had so much fun recapping my 2018 Dopey Challenge! I’m headed down to Disney World soon for the 2019 Walt Disney World marathon. My training has been riddled with knee problems so this should be an interesting and challenging run to say the least. I’ll be sure to recap it here so stay tuned! 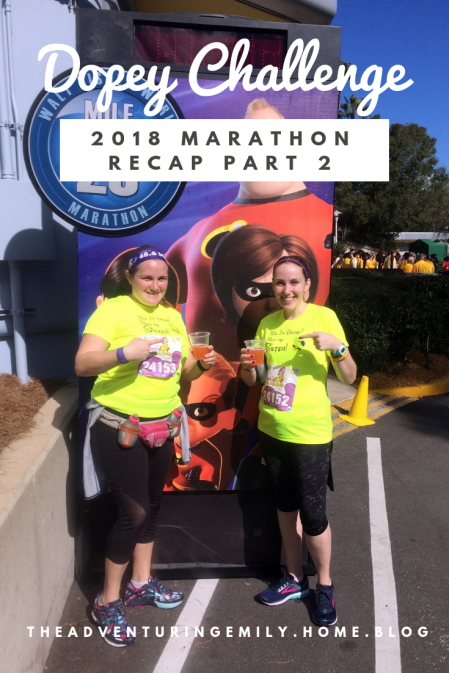