This is part two of a recap of the 2018 runDisney Dopey Challenge. For part one click here!

After warming up our challenge with a 5k on Thursday it’s time to run the Walt Disney World 10k on Friday. Over the course of 6.2 miles this race departs Epcot, follows the highways back around to World Showcase, loops Disney’s Boardwalk, and finishes under the glow of Spaceship Earth.

Once again we departed Coronado Springs around 3:30am for a 5:30am start. Unsurprisingly, it was still cold so fortunately we were bundled up in our easiest costumes of the weekend! 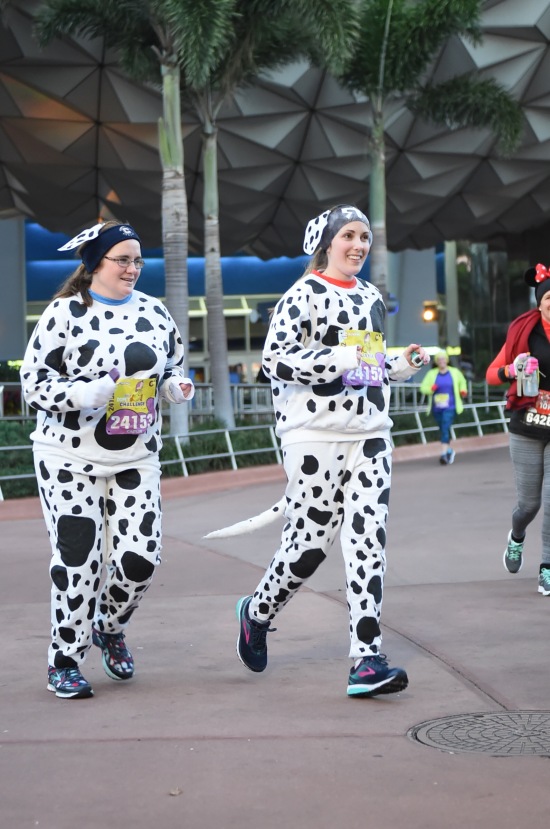 These Dalmatian suits were recycled from the dredges of my parent’s attic. My mom made them for her and my dad to wear trick-or-treating the year I went as Belle when I was four or five. Though bulky to pack, these made a great outer layer (and we had my mom’s blessing to officially retire them to the trash room at Kidani Village so they didn’t have to make the flight home.)

We covered the first three miles in the dark along the highway. We didn’t stop for pictures because it was characters we had already met, or the lines were too long for our liking.

On our way backstage into Epcot we ran into these guys and stopped.

Entering Epcot next to Norway we found that the Vikings were out so we stopped for them as well.

There were characters out in the World Showcase countries but again, long lines or repeat offenders (aka someone we have met at a previous race) so we continued out to the Boardwalk. 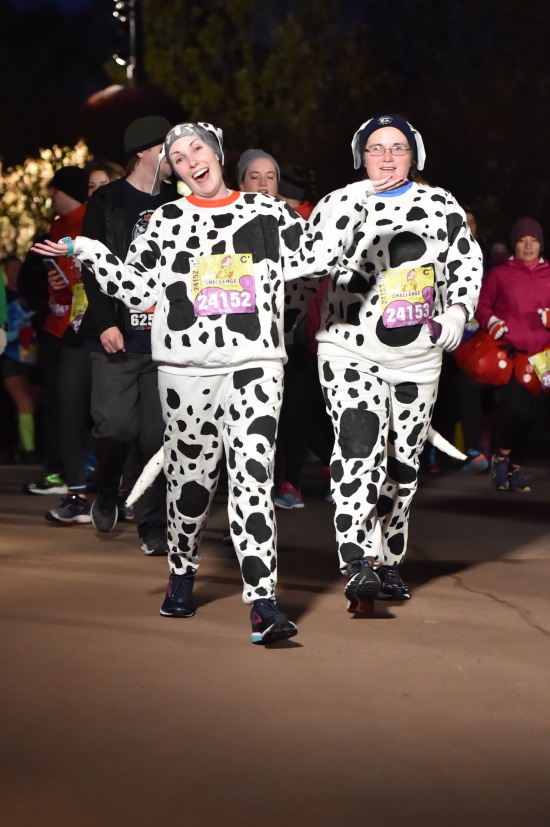 I love the lights of the Boardwalk- always a highlight of the 10k course!

After looping the Boardwalk we re-entered Epcot in between Canada and the UK.

As we ran towards Future World we saw Duffy so we jumped in line.

We ran the final stretch around the front of the park before heading back out towards the parking lot. It was here somewhere asked us if we were the Chick Fil A cows haha! Chick Fil A isn’t very big in Connecticut so we sort of just shrugged and kept going. 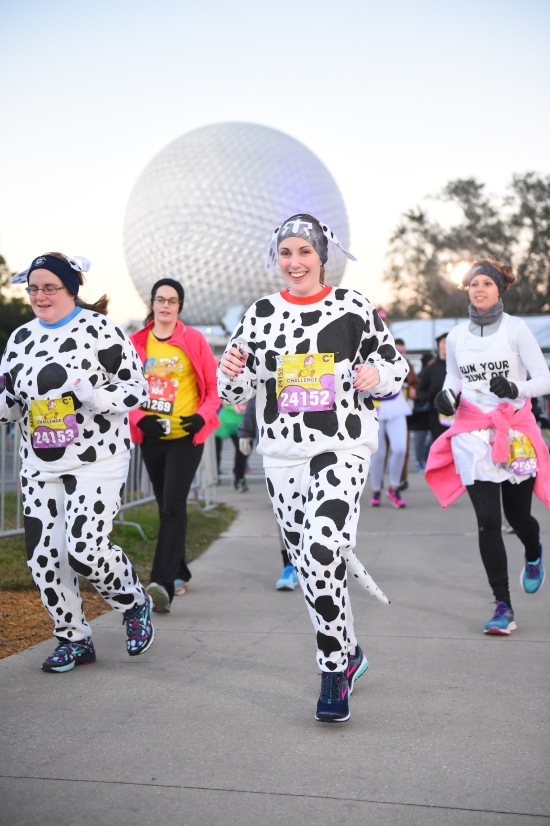 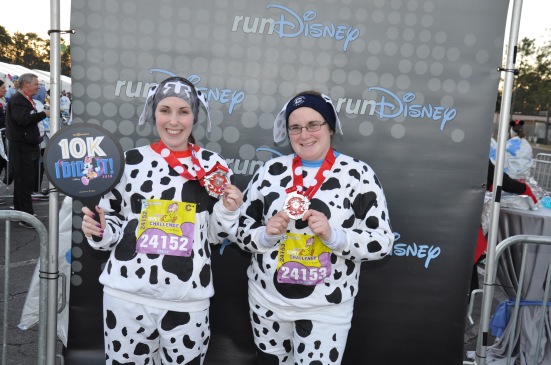 Stay tuned for the Walt Disney World Half Marathon recap! 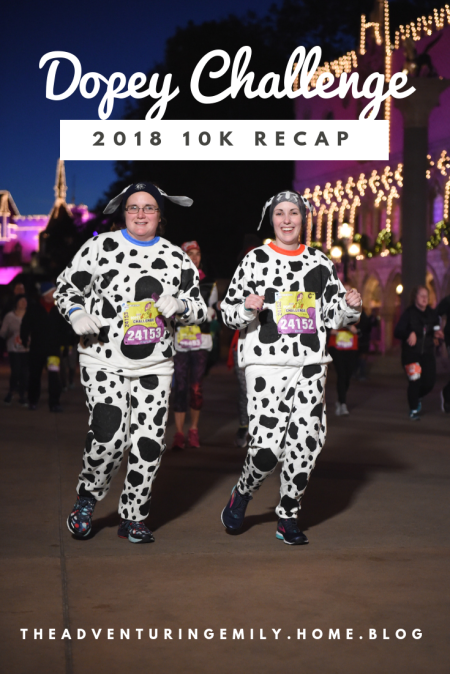